This is a revised version of an article originally published here on June 13.

America’s largest traditional supermarket chain has crawled onto the CBD oil bandwagon, announcing this week that it will begin selling CBD products. These are items based on cannabidiol, a non-intoxicating portion of the hemp plant – best known as the source of marijuana. Kroger, whose store count is exceeded only by Walmart, plans to offer such cannabidiol products as lotions, creams, and oils in 945 of its 2,764 stores before the end of June, according to a company news release.

Last month, The New York Post said it had learned that top executives at major chains such as Walmart and Target have been quietly meeting with makers of such CBD products as drinks, gummy bears, topical creams and oils. There are a surprising variety of products available that are infused with cannabidiol, or CBD, all of which have proven popular with the target market. 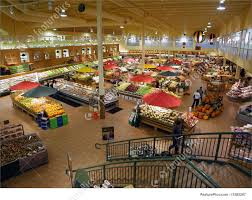 While Walmart has not announced any plans to sell any CBD products in store, it has for some time quietly been selling – for delivery, not store pickup – “hemp oil,” another non-intoxicating derivative of the hemp plant.

They include health and wellness retailers – CVS Health, Walgreens Boot Alliance, and Rite Aid – who collectively dominate the pharmacy sector outside of supermarkets.

Considering that front-end sales for CVS Health, Walgreens, and Rite Aid tend to have very low margins, the introduction of CBD products may slightly boost margins, or at the very least improve foot traffic into their stores. 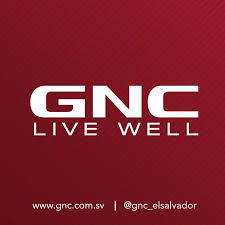 The Fool said a fifth major wellness retailer where a consumer can pick up CBD products is GNC Holdings, which recently began selling a variety of CBD-infused topical creams of varying strengths. Known for supplying everything from performance supplements to health and beauty products, GNC’s entrance into the CBD product space was a logical move designed to appeal to the full spectrum of its customer base.

In addition to brand-name health and wellness retailers, four major apparel, accessory, and general retailers are now offering CBD products for sale. Among them are Designer Brands, Urban Outfitters, and Simon Property Group. The latter doesn’t directly sell CBD products, but as the largest mall operator in America, it is directly responsible for approving or denying what stores go into its malls. Recently, Simon Property Group and Green Growth Brands came to an agreement that allows Green Growth to open 108 shops in Simon’s malls this year to sell products containing CBD.

Meanwhile, Healthline.com issued a warning that a product based on a hemp derivative, and its label may give the impression their benefits are broad-based, as CBD products are said to be, but consumers need to be careful what they buy.

That website noted recently that, “it’s easy for a brand to add hempseed oil to a product, adorn it with marijuana leaves, and highlight the word cannabis to make consumers think they’re receiving a CBD product that contains no actual CBD at all.”

Continuing, the Healthline author said: “So how can you tell what you’re purchasing? It’s pretty simple actually, check the ingredient list…

The CBD Products Market Is “The Wild West,” U. Penn Professor Says

Similarly, Dennis Thompson, a HealthDay reporter at WebMB.com, noted last month that, “CBD is being produced without any regulation, resulting in products that vary widely in quality,” citing Marcel Bonn-Miller, an adjunct assistant professor of psychology in psychiatry at the University of Pennsylvania School of Medicine.

“It really is the Wild West,” Bonn-Miller said. “Joe Bob who starts up a CBD company could say whatever the hell he wants on a label and sell it to people.”

There are two factors drawing supermarkets to add high-margin CBD products to their product mix. First, because right now, they offer uncommonly high margins. Secondly, they are viewed by an increasing number of consumers as a prescription-free way of obtaining a pain reliever. Their present high margins are likely to lessen as competition heats up. And while some may find oil or capsules containing oil offer some relief from pain, that could become a painful subject for retailers if the government, via the FDA, decides to require cannabidiol to be tested and meet efficacy standards.

It remains to be seen how the market will shake out in coming years, as more states are certain to join the list of those already allowing sales of marijuana in addition to the non-intoxicating CBD product lines.