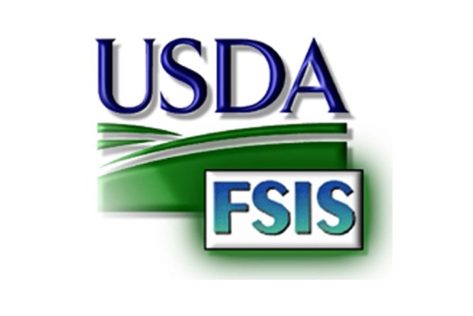 Food recalls are – no exaggeration – so nearly an everyday occurrence these days that, for the most part, consumers scarcely notice them.

That doesn’t make sense? Sure it does: It points to how efficiently the USDA’s Food Safety and Inspection Service (FSIS) gets the word, then gets the word out to product distributors and retailers.

A case in point: Yesterday, the FSIS issued the following press release:

WASHINGTON, May 17, 2019 – Caito Foods LLC., an Indianapolis, Ind. establishment, is recalling approximately 1,767 pounds of salad with chicken products due to misbranding and undeclared allergens, the U.S. Department of Agriculture’s Food Safety and Inspection Service (FSIS) announced today. The products contain soy, a known allergen, which is not declared on the product label.

The ready-to-eat salads with chicken items were produced on May 12 through May 15, 2019. The following products are subject to recall: [View Labels (PDF only)]

The products subject to recall bear establishment number “P-39985” inside the USDA mark of inspection. These items were shipped to Kroger retail locations in Illinois, Indiana, Kentucky, Michigan, and Ohio.

The problem was discovered by the recalling firm during label verification activities.

There have been no confirmed reports of adverse reactions due to consumption of these products. Anyone concerned about an injury or illness should contact a healthcare provider.

FSIS is concerned that some product may be in consumers’ refrigerators. Consumers who have purchased these products are urged not to consume them. These products should be thrown away or returned to the place of purchase.

FSIS routinely conducts recall effectiveness checks to verify that recalling firms are notifying their customers of the recall and that actions are being taken to make certain that the product is no longer available to consumers. When available, the retail distribution list(s) will be posted on the FSIS website at www.fsis.usda.gov/recalls.

Spartan Nash is described by Wikipedia as “SpartanNash is an American food distributor and grocery store retailer headquartered in Byron Center, Michigan. In terms of revenue, it is the largest food distributor serving military commissaries and exchanges in the United States.”

As the press release notes, the recall affects product distributed to stores of one retailer, Kroger – the nation’s largest supermarket company – to stores in in Illinois, Indiana, Kentucky, Michigan, and Ohio.

Rest assured, Kroger got the word before that press release went out – and it promptly ensured that none of the potentially affected product made it to display cases.

That’s why consumers, and consumer-serving media outlets, seldom actually need to raise red flags about a potential allergen or whatever in this or that batch of Product X: The word’s already out where it needs to be, across the distribution chain, and the problem’s been dealt with.

The cause of the problem is another issue: How did it happen, what the company had to do to ensure the issue won’t crop up again – those points were, you can be sure, are being addressed as we speak.

Among the greatest risks and dangers posed by the Trump administration is it’s indiscriminate elimination of rules and regulations that, over the years, have been put in place for good, well-thought-out reasons. It’s   not just Americans, but citizens in all countries American food producers export to that need fear the random reduction of rules and regulations for food handling, packing, distribution and selling.

The food industry polices itself pretty efficiently, but the ‘policeman around the corner’ in the form of those rules and regulations enables retailers, and consumers, to breath easily, knowing they are protected. 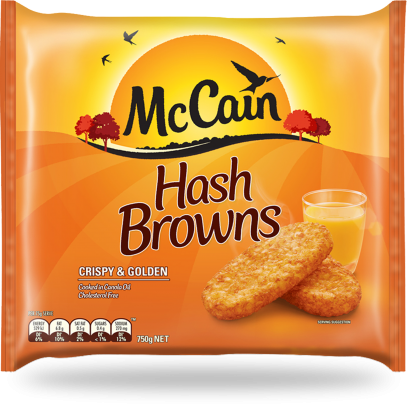 Foods get recalled for an assortment of (sometimes odd) reasons – but because they may contain pieces of golf balls? CNN reported Sunday that McCains announced a recall over the weekend of several brands of hash brown potatoes because, as the company put it, “they may contain extraneous golf ball materials” – from balls (or pieces thereof) grabbed along with the spuds during the harvesting process.

It’s not uncommon for farm land to be re-purposed for other uses, but it says something – what, we’re not sure! – when a golf course’s greens are replaced by fields of brown potatoes. If, in fact, that’s what happened in this instance. Or perhaps someone was randomly firing golf balls into a potato field.

A statement on the FDA website says: “McCain Foods USA, Inc. announced today it is voluntarily recalling retail, frozen hash brown products that may be contaminated with extraneous golf ball materials, that despite our stringent supply standards may have been inadvertently harvested with potatoes used to make this product. Consumption of these products may pose a choking hazard or other physical injury to the mouth.

“The Roundy’s products were distributed at Marianos, Metro Market, and Pick ‘n Save supermarkets in the states of Illinois and Wisconsin. The Harris Teeter products were distributed in the states of North Carolina, South Carolina, Virginia, District of Columbia, Delaware, Florida, Georgia and Maryland. Distribution occurred after the date of January 19, 2017. No other products under the respective brands are impacted by this recall.

“Consumers who have purchased these products are urged not to consume them. These products should be thrown away or returned to the place of purchase.

“There have been no reported injuries associated with the consumption of this product.”

People in several states have contracted Salmonella Muenchen after consuming alfalfa sprouts produced by Kansas-based Sweetwater Farms.  And seven people in Minnesota – four in the Twin Cities area and three elsewhere in the state – have been diagnosed with eColi infections after eating either alfalfa or onion sprouts produced by Jack & The Green Sprouts, of River Falls, Wisconsin, where another three E. coli cases have been tied to this outbreak.

Minnesota officials are working with investigators at the Centers for Disease Control and Prevention (CDC), the U.S. Food and Drug Administration (FDA), WDHS, and the Wisconsin Department of Agriculture, Trade and Consumer Protection (WIDATCP). Jack & The Green Sprouts is cooperating with this process and is located in River Falls, Wis., and distributes alfalfa sprouts to states in the upper Midwest and possibly other states. The seven Minnesota cases and at least one of the Wisconsin cases were exposed to the implicated alfalfa sprouts from a variety of locations, including grocery/cooperative stores, restaurants, salad bars and commercial food service.

The CDC reports that 13 people were infected with the outbreak strains of  Salmonella Muenchen in four states: Kansas (5), Missouri (3), Oklahoma (3), and Pennsylvania (2). Five people have been hospitalized. Reported illness onset dates range from December 1, 2015 through January 21, 2016.

Collaborative investigation efforts of the FDA, CDC, Kansas Department of Health and Environment, Kansas Department of Agriculture, and Oklahoma Department of Health indicate that sprouts produced by Sweetwater Farms LLC are the likely source of this outbreak. Irrigation water and alfalfa sprout samples collected by the FDA from Sweetwater Farms LLC tested positive for Salmonella.  Testing to identify the specific strain of Salmonella is ongoing.

On February 19, 2016, after discussions with the FDA and other federal, state, and local agencies, Sweetwater Farms LLC voluntarily recalled alfalfa sprouts from lot 042016. On February 26, 2016, Sweetwater Farms informed the FDA that it would recall all of its sprout products from the market. The FDA is working with the company and Kansas officials to facilitate this action.  This investigation is ongoing. The FDA will continue to provide updates on the investigation as they become available.

Most people infected with Salmonella develop diarrhea, fever, and abdominal cramps. The illness usually lasts 4 to 7 days, and most people recover without treatment.

Most people infected with Salmonella develop diarrhea, fever, and abdominal cramps 12 to 72 hours after infection.

In some people, the diarrhea may be so severe that they need to be hospitalized. In these patients, the Salmonella infection may spread from the intestines to the blood stream, and then to other body sites and can cause death unless the person is treated promptly with antibiotics.

Children are the most likely to get salmonellosis. The rate of diagnosed infections in children less than five years old is higher than the rate in all other people. Children younger than five, the elderly, and those people with weakened immune systems are more likely to have severe infections. It is estimated that approximately 400 persons in the United States die each year with acute salmonellosis. Children, the elderly, pregnant women, and people with weakened immune systems should avoid eating raw sprouts of any kind.

The FDA says that restaurants and retailers should not sell or utilize any sprouts from Sweetwater Farms, and they should dispose of any alfalfa sprouts from that company. Restaurants and retailers should also be aware that produce may be a source of pathogens and should control the potential for cross-contamination of food processing equipment and the food processing environment. They should follow the steps below:

People should not eat any sprouts from Sweetwater Farms, LLC.
People who think they might have become ill from eating possibly contaminated alfalfa sprouts should talk to their health care providers. Like any fresh produce that is consumed raw or lightly cooked, sprouts that are served on salads, wraps, sandwiches, and other foods may contain bacteria that can cause foodborne illness. Unlike other fresh produce, the warm and humid conditions used for sprouting are also ideal for the growth of bacteria, including Salmonella, Listeria, and E. coli. Any bacteria present can multiply dramatically during the sprouting process. (Organic or locally-grown sprouts are not necessarily less risky, and neither are sprouts grown at home.) Washing sprouts may reduce risk, but will not eliminate it.

For refrigerators and other food preparation surfaces and food cutting utensils that may have come in contact with the potentially contaminated sprouts, it is very important that the consumers thoroughly clean these areas and items.